"Whether you are a passionate wildlife photographer or just love to spend time in the wilderness, our 3 days Chitwan Jungle Safari is the best package to relive it. For the three days, you explore the dense forests and spend time in nature, rejuvenating your soul."

Chitwan is the wilderness capital of Nepal. The Chitwan National Park offers a range of activities that takes you close to the wildlife and birds. Established in 1973, the Chitwan National Park used to be the playground of the then royals of Nepal. Now, it has become one of the most prominent tourist centers in the country. The national park is located in the subtropical inner Terai lowlands and stretches up to the Churia Hills.

Home to many endangered animals like the royal Bengal tiger, one-horn rhino, gharial crocodile, and others, the Chitwan national park has become one of the most visited national parks in Nepal. In addition, you also get to see several other wildlife-like elephants, deer, wild boar, sloth bear, leopard, monkeys, and diverse species of birds. To be honest, this place is a paradise for birdwatchers. As per the records, there are 364 species of birds.

Our 3 days Chitwan National Park tour involves many activities like a jeep safari, bathing with elephants, a deep jungle walks, canoeing, a Tharu village visit, etc. You stay in a nice hotel or resort equipped with all the modern amenities to make your stay fabulous. If you wish, you can also customize the package into the luxury Chitwan National Park tour. The price of the package will vary if you customize the tour.

Who can join the 3 Days Chitwan Jungle Safari?

Anyone can join the 3 days Chitwan jungle safari. It is also a perfect family holiday package and is doable for all age groups. There are no limitations on anything. The trip does not involve any physical straining activity rather than canoeing. You can join our 3 Days Chitwan Jungle Safari or add it as an add-on to your trip to Nepal if you have a few extra days.

Enjoy deep jungle walking and unwind from your worries

We have added a jungle walk as one of our activities in the Chitwan National Park. You can also say it is a short forest hike to have closer views of the animals and plants. The jungle walk is led by an expert guide who can handle any encounter with wildlife. You'll get to have a serene time and unwind.

Go on a Canoe ride and witness gorgeous landscapes

The canoe ride is very famous in the Chitwan National Park. You'll be following the Rapti river and relish the stunning landscapes. During the canoeing, you can see birds, crocodiles, and other animals on the bank of the river. The entire activity is guided by a professional guide who will peddle for you and maintain the safety standard of the activity.

One of the major activities in the Chitwan National Park is a jungle safari. You have the option to do it on a jeep or an elephant. Either way, the safari will be wild and take you deep in the jungle close to the habitat of the animals.

Meet with the indigenous group of Tharus

Tharus are one of the indigenous communities of Nepal with great history and ancient cultural heritage. While visiting Chitwan, we make sure to take our guests to their village and let them see the traditional attire, stick dance, and taste their delicacies. Some of the famous dances are Sick dance, which is called Danda Nach in the local language. Likewise, Ago Nach (Fire Dance) and Mayur Nach (Peacock Dance) are also popular cultural shows. 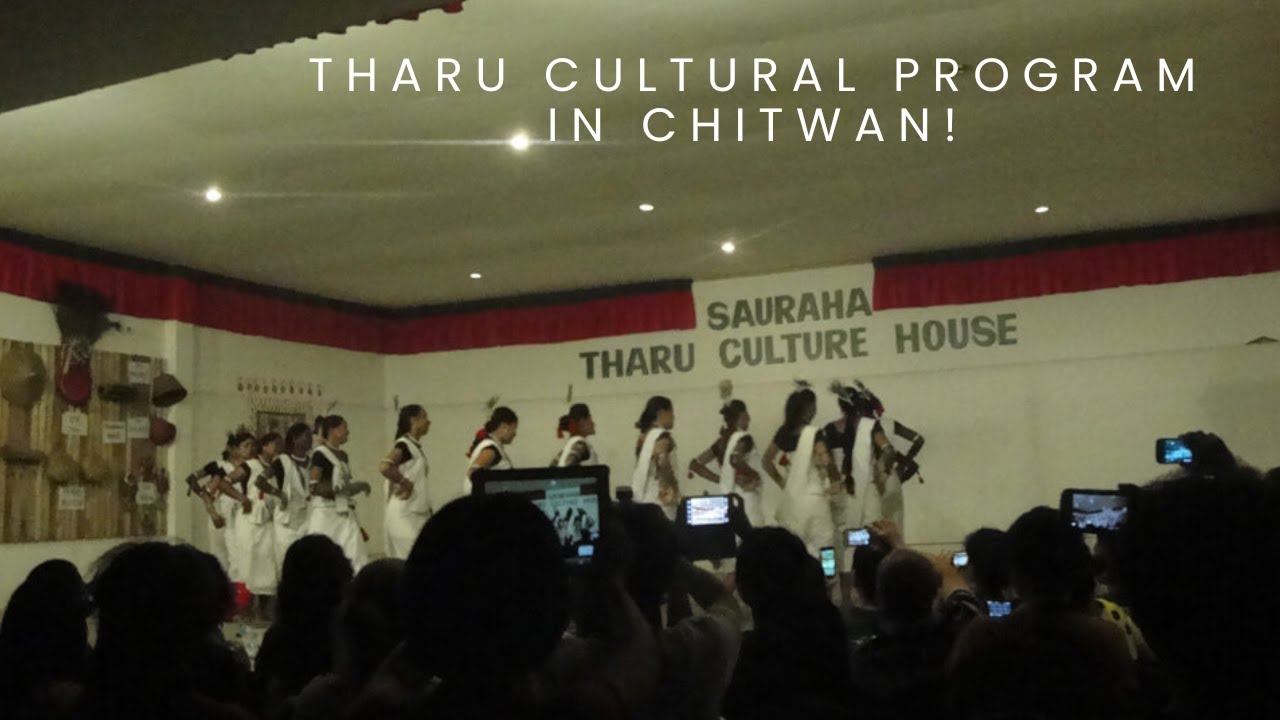 Find the detailed program itinerary for the Chitwan jungle Safari for 3 Days. The 3-day Chitwan jungle safari starts and ends in Kathmandu. Your travel to Chitwan on the first day, spend the next full day in Chitwan, and return to Kathmandu on the last day. The 3 days is perfect to explore the Chitwan national park to the fullest. However, if you have only 2 days, you can still do the short tour of Chitwan in 2 days or if you have more days, you can explore more in Chitwan by spending 4 days or more, So, let us know if you need a customized program for Chitwan Jungle Safari.

Furthermore, the Chitwan Jungle Safari can be combined with Lumbini and Pokhara as well. So, let us know if you want a combo tour package with any other destinations. We Outfitter Himalaya is specialized in the packaged tours at best price.

We pick you up from your hotel lobby early in the morning if we are driving to Chitwan. The drive is around 6 hours long and presents gorgeous landscapes. If we are flying to Chitwan, we'll drop you at the airport as per flight departure time. Anyway, it'll be a scenic and comfortable journey to Chitwan.

Upon reaching Chitwan, we’ll check in the hotel and freshen up. Before we end the day, we visit an indigenous Tharu village. This short excursion lets you see the vibrant traditional dresses of Tharus and their ancient stick dance. We come back to the hotel for a goodnight's sleep after the tour.

We wake up early in the morning and go canoeing. Later, we’ll visit the Chitwan National Park for a jeep safari or Elephant Safari deep in the forest. You can see animals like one-horned rhinoceros, wild boars, elephants, deer, peacocks, etc. If you get lucky, you may get to see the royal Bengal tiger and other exotic animals. Likewise, you'll also see a range of birds during the safari.

After the safari, we take a break and visit the elephant breeding center. Many visitors love to bathe with elephants and play with them. You'll visit the crocodile center and explore other parts of the national park before going back to the hotel.

Today, you have the option to go on an early morning jungle walk and enjoy the sunrise. It'll be a very tranquil time, and you get to see lots of birds. Later, have breakfast and get ready to leave Chitwan. We either drive or fly back to Kathmandu and the tour is end.

Is the offered itinerary not suitable for you?

Looking for a customized itinerary? Reach out to our experts.

There is optional 3-hour rafting on the way to Chitwan from Kathmandu so, let us know if you want to add the Trisuli River Rafting Adventure to your Chitwan Jungle Safari Tour.

If you are planning to visit some other places in Nepal. Such as, we have Lumbini Tour, Bardia Jungle Safari, and Pokhara Tour, we can make a combo tour package with a visit to all these places. Let us know.

3-star hotel/Resort/Lodge accommodation is provided in Chitwan at the offered price. However, there are Luxury 4- or 5-stars hotels also available in Chitwan. So, let us know if you want to upgrade your hotel accommodation in Chitwan.

The climate of Chitwan national park

Chitwan National Park has a tropical monsoon climate, which is highly hot, humid, and sticky throughout the year. As this area is located in the central climatic zone of the Himalayas, the monsoon starts in mid-June and lasts till late September.

Chitwan National Park has three major climates summer (March to June), monsoon (July to September), and the temperature cools down & winter arrives from October to February.

Chitwan National Park can be characterized by tropical and subtropical forests. In this national park, most of the areas have been covered by the moist deciduous vegetation type of the Terai region. Besides forests, there is a huge area, which is covered by grasslands, and more than 50 species of grasses can be found in this region including the world's tallest grasses.

Chitwan National Park has a wide variety of faunal diversity. Nearly 700 species of wildlife can be observed in this park. Nearly 17 species of snakes, monitor lizards and starred tortoise also reside in this park.

Chitwan National Park also has nearly 113 species of fish, and there were nearly 235 gharials in the 1950s, which dropped and reached 38 gharials in 2003. Every year this place attracts a lot of bird watchers as there are nearly 543 recorded species of birds out of which most of them are globally endangered.

The Chitwan Jungle Safari Tour is available on any date of the year, So, book your trip on your own date.